There are thousands of academic papers published each year. But how do they all come about? Damien Farine and Alfredo Sánchez-Tójar share the ‘behind the scenes’ story of their recent paper on dominance hierarchies, and how it was all due to a fortunate encounter…

Do you have a great #StoryBehindThePaper to share? Get in touch!

One of the growing challenges in research is data analysis. Here are just some of the reasons why. First, we are collecting ever larger datasets (in terms of time, number of individuals studied, and number of measures collected). Second, there is a proliferation of methods in seemingly continuous publications (and now journals dedicated to methods only). Third, for those interested in studying social behaviour, there are major questions about the proper way(s) of analysing inter-related data (i.e. data that involve more than one individual). 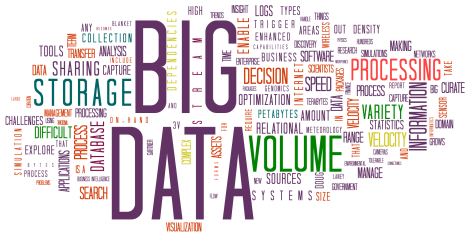 Damien Farine has been grappling with developing, and perhaps more with explaining, techniques in social network analysis through a series of ‘how-to’ and other methods papers. However, over the course of 2014-15 he also had to start considering dominance, given that it forms such a foundational part of baboon societies—the study species of his postdoc. Briefly delving into the methodological literature revealed some gaps in terms of general guidance, robust evaluations of methods, and opportunities for improving existing methods.

In the meantime, Alfredo Sánchez-Tójar was working on his PhD studying dominance and fitness in house sparrows. Why is dominance important? Besides our human obsession with categorizing, labelling, and ranking everything, dominance actually plays a fundamental role in probably all animal social systems. In human societies, we have convenient names that we assign to different ranks so that there can be no mistakes. But in animals, we often need to observe behaviour carefully to determine who is boss, and thus who might have first access to mates and resources.

As a student of the International Max Planck Research School for Organismal Biology (IMPRS), Alfredo was invited to give a talk at the annual ‘Grand Challenges’ symposium: a two-day event organized by PhD students where speakers are invited from anywhere in the world to talk on a common topic. Alfredo’s talk was titled: Fitness consequences of individual dominance status in a passerine. While Alfredo was explaining why he used Elo-ratings, a method originally developed to rank chess players (and since used by people such as Nate Silver to generate ranks in all sorts of competitive arenas), it struck Damien that there was really very little guidance available on the relative strengths and weaknesses of different approaches.

Working with dominance data yields some major challenges. The problem involves folding a multi-dimensional space into a single dimension in which individuals are given some order from the most to the least competitive. Unlike other types of dimension reduction, these are not different measures, but the history of outcomes between each pair of individuals. A number of methods have been developed to achieve this. As well as Elo-ratings, there are also David’s score, I&SI, ADAGIO, and others. Yet to date, no one had comprehensively compared these methods, either for accuracy (how well they represent the ‘real’ state) or in terms of data requirement (how many interactions are needed). Damien had recently written a similar paper on estimating associations among individuals (a paper developed, analysed, and written in only 24 hours with Ari Strandburg-Peshkin). It seemed a logical thing to simulate data to test the performance of each dominance metric, so after a brief meeting and some code to generate sequences of winners and losers from a known dominance hierarchy, Alfredo set to work quantifying how well each method recreated the original hierarchy.

Sparrows interacting over food, filmed by Alfredo Sánchez-Tójar as part of his research

The first finding was somewhat surprising, but in hindsight quite obvious. Relatively few interactions are required to estimate a meaningful hierarchy. This is because of the generally transitive nature of dominance hierarchies and therefore relationships do not need to be estimated for each pair of individuals. The second finding was promising: the most commonly-used methods, mainly David’s score and Elo-ratings, perform relatively well. Next, they looked at ways of improving robustness when inferring dominance, including by modifying slightly the Elo-rating method, and by developing two ways in which uncertainty of the estimation can be calculated. Putting everything together resulted in the first proper guide for how to go about estimating dominance in a study system. They also accompanied the paper with detailed worked examples using R, and an R package, to help users conduct the best analysis possible.

However, they do not think that this is the end of the road. As with most papers, they were left with some dissatisfaction at existing approaches, and feel that more needs to be done. Damien and Alfredo recently teamed up with Eli Strauss, currently finishing his PhD at the University of Michigan, to explore ways of improving the Elo functions, as they are currently overly sensitive to noisy observations (note the implementation in the ‘aniDom’ R package accompanying the paper removes this sensitivity). Another next step would be to move beyond correlating input and output scores or ranks, and actually simulate the process from data collection through to hypothesis testing. As with most such papers, Damien and Alfredo don’t see this as the definitive guide, but a launching pad for what they hope will be a series of papers aimed at improving how the science of dominance hierarchies is done.

Sánchez-Tójar A., Schroeder J., and Farine D.R. (2017) A practical guide for inferring reliable dominance hierarchies and estimating their uncertainty. Journal of Animal Ecology: 1–15.