Science and gender equality are both vital for the achievement of the internationally-agreed Sustainable Development Goals. To help further gender equality and the empowerment of women and girls, the United Nations General Assembly declared 11th February as the International Day of Women and Girls in Science.

To celebrate, the Journal of Animal Ecology blog asked some of the Journal’s new Associate Editors about their role models and what inspired them to pursue a career in ecology.

“Who are the women in science that inspire me?” The truth is that I had never thought about that. Maybe because I have been inspired (or helped, or advised) by both great female and male scientists; and never really made that distinction myself. Or maybe because, let’s face it, there are fewer senior female scientists, at least in Spain. And this should definitely change, because the reasons for such a bias, at least the reasons I can think of, do not seem fair to me. We just need a little bit of political willingness to retain women scientist in Academia. In my view, the problem is not that women are not interested in a science career, the big problem is that the academic career is unfairly harder for women. Having said this, I have been lucky enough to meet a great scientist and a great person at the very early stages of my research career. And it happens to be a woman. I have always said that if it wasn’t for my PhD supervisor, Carmen Díaz-Paniagua (Poli), I would never be here. You cannot wish a better supervisor, from coming to the field to show me “our ponds” through her eyes, to reading and re-reading, as many times as needed, my manuscripts. And always with a smile. And always listening, both to ecology and non-ecology problems. I learnt to be an ecologist by her side, although I do not really know why I chose “Ecology” on the first place, apart from the obvious “I like being in the field” and the hope of making a contribution to biodiversity conservation. But I really know why I keep trying to be an ecologist, and it is because this makes me happy every day. And that is the only advice I can give to girls all over the world: “Try to do something that makes you happy”. And, in doing so, have Science in mind. This is a great job. Hard but worth it! 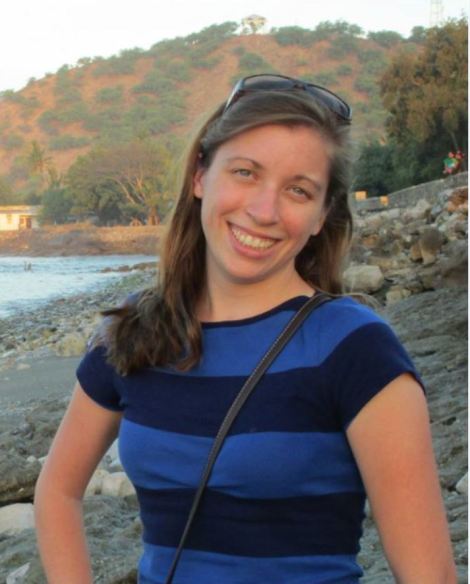 I can point to two contemporary women who have inspired me. The first is my PhD advisor, Andrea Graham (Associate Professor, Princeton University), whose truly formidable scientific abilities, including her substantial creativity and the ability to engage with myriad research problems across the swath of ecology and evolution, are matched by her amazing leadership skills. As a newish PI, I often find myself addressing problems by imagining how Andrea would solve them. The second is Joan Strassmann (Charles Rebstock Professor of Biology, Washington University in St. Louis), who is a powerhouse evolutionary biologist and National Academy of Sciences member, but also puts her money where her mouth is in terms of recruiting women and people from under-represented backgrounds into science, and keeping them there through constant mentorship and encouragement.

What inspired me to pursue a career in ecology? While the biomedical research in which I began my career was primarily focused on minimizing inter-individual variation during experiments, I became more and more interested in that variation itself, and ecology had the tools to get at it. That, and I’m something of a naturalist, so I like to be in the company of others who enjoy chatting about the life history quirks of birds and trees and butterflies but also want to scale up those observations to generalizable theory.

How could we inspire more women and girls to pursue a career in science on a global scale? Well, as a start, I think we should all take a leaf from Joan Strassmann’s book and actively recruit people that we want to see more heavily represented into our labs, rather than waiting for them to find us, and provide them with the tailored mentorship that they need to resist attrition. Then, we need to make inroads into our local communities, and make it seem natural enough to girls that “she” would be a default pronoun to describe a scientist. Thus, I think that coupling our everyday behavior and lab-level decisions with more ambitious national and international initiatives will give us the greatest power to inspire girls and women to pursue a career in science. But I am keeping my eyes peeled for the latest research on the subject, and am prepared to shift strategies as the evidence demands.

There are so many inspiring women in science that I could not possibly name them all! The first scientist who particularly inspired me was Marie Curie. As an undergraduate student I studied physics and chemistry in the Paris University where she made her groundbreaking discoveries, sometimes having practicals in the very labs she had worked in. A few years later I carried out my first biology research project in the Behavioural Ecology Group at the University of Cambridge, and in the 5 months I spent there I met many inspiring female scientists. I worked alongside Rebecca Kilner (but it’s only later that I realised how fantastic her work was), and I was supervised by Camilla Hinde, who, like me, had re-converted to biology after her undergraduate studies (in photography if I remember well). She was an inspiration and source of motivation throughout my studies. I also became friends with Cassie Stoddard, at the time a PhD student and now Assistant Professor at Princeton University – she is at the same time an incredible young scientist and the loveliest person on Earth, and perhaps because our smaller age gap she is probably, still to this day, my main role model! Finally, and more recently, I have been lucky enough to join Queen’s College (Oxford) as a Junior Research Fellow, where the ecologist Lindsay Turnbull is Tutor in Biology. She has taken me under her wing and her mentorship, unwavering enthusiasm, and down-to-earth personality have been very helpful over the last couple of years.

I have always been fascinated by nature, and spent much of my childhood outside, climbing in trees to observe our local garden birds for hours, or doing “behavioural experiments” with flies or my grandmother’s chickens. At age 7 I declared to my parents that I wanted to become an ornithologist, to which they replied that it wasn’t a proper job and so that was the end of it. Fifteen years later, half-way through my engineering studies at university, I realised that having a career studying the natural world is indeed possible, and that I much preferred that idea to spending the rest of my life trying to improve sunscreen texture or oil extraction processes, which were my most likely career path at the time (although my university friends could tell you these are very rewarding careers too!). After lengthy arguments with my university, they finally allowed me to do my final year research project at Cambridge, looking at sexual selection in great tits. I never looked back. I love my work, and I can’t think of anything else I would rather do as a career. Investigating how seabirds behave and interact with the marine environment throughout the year, doing fieldwork on beautiful remote islands, spending the rest of the time in a vibrant research community, and trying to help marine conservation are all reasons why I feel very lucky indeed to work as a behavioural ecologist.

To me the inspiration to become a scientist and a biologist began during my childhood, and I think that if I had met my current self as a child, I would have probably thought that I had the coolest job possible. I think that reaching out to children and young women to let them know about our work, and explaining how we got there, is an important thing to do. Breaking the cliches associated with science careers is also important – women can become fantastic scientists as much as men- as well as making the teaching environment less intimidating to women, especially in subjects which tend to be male-dominated. Marie Curie was the first woman to win a Nobel Prize (in 1903) and to this day women represent less than 5% of Nobel Laureates in the Sciences. By encouraging women from the beginning of their lives to follow in the footsteps of successful research scientists, we can hopefully close this gender gap at the top of scientific achievement. 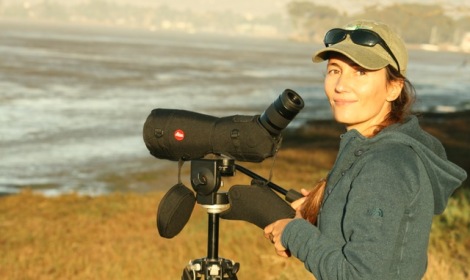 There is no women in particular that inspires me, but given the conditions of science in my country right now (in Spain the budget for research has fallen drastically, going backwards to the levels similar to those in 2007) I am inspired by all those women who despite all the obstacles continue doing quality research. Since my childhood I have always been in contact with nature. When I grew up I decided to study Biology and I got fascinated by research. Later I got a grant to do a doctorate in ecology and since then I have been doing research in different areas of ecology. Now, looking back, I see that this has been the natural path to follow. But how we get more women and girls to pursue a career in this field, I do not know for sure. I guess women need to be more visible in general, and not only in science. Girls need to know that there are strong women in all areas of science doing amazing things. But above all we need to plant in our girls the seeds of confidence, that they are capable of anything, and that they can be and must be competing and ambitious (both in the good sense) and not let anyone judge them for it.

Many contemporary successful women in science inspire me; however, one committee member had great impact during my PhD program. Dr Aimée Classen, now a professor at the University of Vermont, USA, became a role model for me. The fact that she as well as other successful women can contribute with cutting edge research to science motives me to keep up trying hard to improve myself. Originally, I was inspired to study ecology by a high school Biology teacher and my dad, who is now a retired tourist guide in a National Park. Both of them were very passionate about biology, the diversity of living forms and their interactions, motivating me to pursue a career in ecology. I think we can motive more women and girls to pursue a career in science by sharing with high school students our own path in science, and also by taking undergrads to the field with us. In my experience, listening to success stories and being involve in how ecology is done convinced me that I was in the right path.

For more posts celebrating International Day of Women and Girls in Science, be sure to check out out sister sites:

Women in Applied Ecology – Tales from our Editors

International Day of Women and Girls in Science 2018

Methods in Ecology and Evolution

2 responses to “International Day of Women and Girls in Science”