We are delighted to learn that Sarah Hoy has won 2016 Watson Raptor Science Prize for her paper ‘Age and sex-selective predation moderate the overall impact of predators’ published in Journal of Animal Ecology. In the paper Sarah Hoy and colleagues examined selective predation by goshawks on juvenile and female tawny owls, drawing on long-term data to exploit a unique situation where data from a prey species were obtained over a period of Goshawk increase. 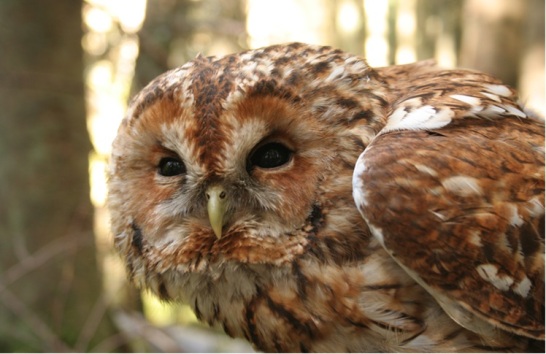 The journal has a history of success in the competition; in 2014 Raymond Klaassen and colleagues won the prize for their paper ‘When and where does mortality occur in migratory birds? Direct evidence from long-term satellite tracking of raptors’. The paper reported important new information on where and when satellite-tagged raptors died on migration and demonstrated just how hazardous migration is for these birds. The photo bellow shows an adult female marsh harrier Circus aeruginosus that has just been fitted with a satellite transmitter at her breeding ground in southern Sweden, and is ready to be released. As she was carrying a tracking device, Klaassen et al. could observe that she died during autumn migration while she was still in Europe. Until now it was believed that the passage through Europe in autumn would form a safe part of the autumn journey, but the authors identified a relatively large number of mortality events for this period. Several of these cases were related to illegal persecution, indicating that poaching remains an issue for migrating birds, even in Europe. Find out more about the paper in the In Focus by Graeme Hays ‘Tracking animals to their death’. 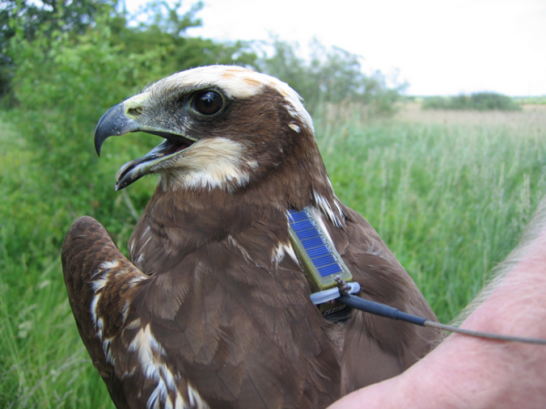 In 2014 the runner up prize also went to a paper in the journal and was awarded to Christiane Trierweiler et al. for their publication, ‘A Palaearctic migratory raptor species tracks shifting prey availability within its wintering range in the Sahel‘.