Understanding the trade-offs between survival and reproduction is essential for the study of population dynamics. A recent paper in the Journal of Animal Ecology used a novel statistical framework to reveal previously unknown life-cycle trends for two sympatric bat species. Lead author Dr Antica Culina from the University of Oxford and Netherlands Institute of Ecology, explains the research.

Survival and reproduction both require energy, which is generally limited. This leads to a trade-off: the investment of energy into current reproduction can reduce survival and/or future reproduction. Such costs of reproduction are often more pronounced in younger animals that still need to complete their growth and are relatively inexperienced in acquiring resources. One potential solution, often adopted in species of longer lifespan, is to delay reproduction. 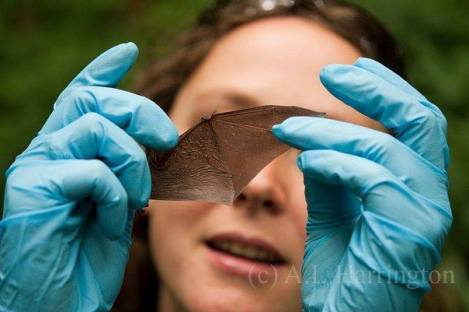 Bats are the only mammals to master active flight (Photo: Andrew Harrington)

Culina et al. (2019) decided to study survival-reproduction trade-offs and age of first reproduction in two species of quite an intriguing group: bats. Why are bats so interesting to study life-history trade-offs? Well, they exhibit a unique mixture of features:

Based on these features, what can we expect for the expression of trade-offs between current reproduction, survival and future reproduction? Because of their low mortality and longevity, bats could be expected to favour survival over reproduction, to express trade-offs (if any exist) between current and future reproduction, and to delay their recruitment into the breeding population. However, because bats are income breeders that also hibernate in winter, reproduction could also have consequences for over-winter survival if it depleted fat reserves and thus lowered the chances of surviving the winter. A further consideration on the life-history balance sheet is that there may actually be no trade-offs  between growth and reproduction because small insectivorous bats generally complete skeletal growth before their first birthday, opening the door to breeding in their first year without any complications arising from the costs of growth. 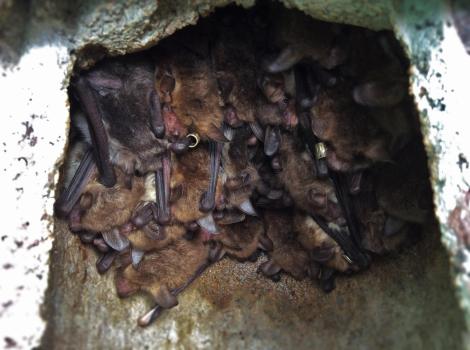 To tackle this issue, Antica Culina joined the Wildlife Conservation Research Unit (WildCRU) in Oxford’s Zoology Department, where, thanks to the great effort of Dani Linton and David Macdonald, an amazing long-term dataset of two closely related bat species, Daubenton’s and Natterer’s bats, was available to study survival-reproduction trade-offs. The populations inhabit Wytham woods, Oxfordshire, UK. Females of both species form maternity colonies in cavities, where they roost with their offspring (one per female). In Wytham woods, a lot of these cavities are nest boxes placed in the woods for studying tit populations. As such, the bats are relatively easily accessible to monitor based on physical captures of marked bats.

The lead author, Antica Culina, with help from Roger Pradel, constructed a statistical framework that describes females’ life-cycle (recruitment into the breeding population, pregnancy, lactation, skipping a breeding season), and accounts for issues with detection of bats. To shape the discussion on life-history trade-offs, an expert in these, Sandra Bouwhuis, also got involved. 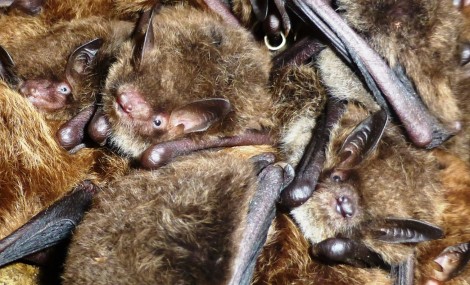 So, what did this international group of scientists find?

Results were enlightening, not just for bat specialists or aficionados of Daubenton’s and Natterer’s, but to theoreticians of life history evolution. Although their natural histories were seemingly similar, and they were in the same place at the same time, the expectation that these two species would show similar patterns of trade-offs and age-related reproduction, was turned on its head. They showed very different patterns. Daubenton’s females turned out to have a strategy that involved almost all females conceiving in their first year, although during that first shot at reproduction their  breeding success was very low. Furthermore, for Daubenton’s the researchers found that reproduction comes at a cost to survival: females that are pregnant or lactating survive less well than females that skip breeding. First time breeders suffer an additional cost of lactation, as evidenced by their survive being 33% lower than that of failed breeders (who incurred the costs of pregnancy but not of rearing the young).  Daubenton’s females show no reduction in future reproduction due to current reproduction.In contrast, Natterer’s females adopt a more conservative strategy. Far from a rush to conceive in their first year, most delay breeding, sometimes for as long as four years, and with that delay comes a much greater probability of successful pregnancy. In addition, researchers found that for female Natterer’s neither pregnancy nor lactation lead to reduced survival; revealingly, breeders survive even better than females that skipped a breeding season. Interestingly, however, a potential cost of reproduction was detected amongst experienced females: those that lactate in one season have slightly reduced chances of successful pregnancy in the next season. Thus, if there are costs of reproduction in this species, the emerging evidence is that they are incurred on future reproduction. 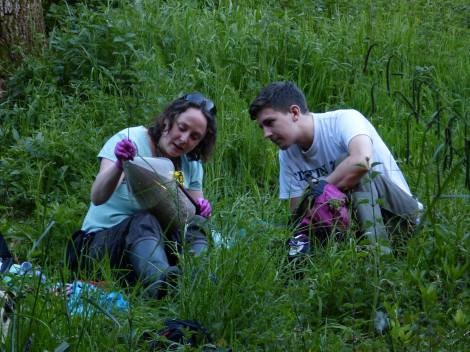 Life history theorists and field ecologists alike will be intrigued as to why these two closely related bat species, with superficially similar lifestyles, turn out to have such remarkable differences in the expression of survival-reproduction trade-offs? While Daubenton’s seem to show patterns expected for short-lived, income breeders, Natterers behave as long-lived, capital breeders. Fired by this question, the WildCRU team continues to accumulate more years in this remarkable data base, and is eager to dig deeper into proximate (e.g. behavioural, hormonal) and ultimate (evolutionary) causes of these unexpected and revealing differences.