Next up in our new Meet the Editor series is AS Saint-Etienne and Tintin fan Jean-Michel Gaillard. You can catch Jean-Michel over lunch at British Ecological Society Annual Meeting. 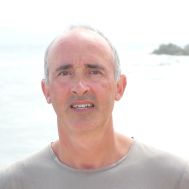 What can you tell us about the first paper you published?

This paper, published in Canadian Journal of Zoology in 1986, was not really in line with my research themes. I acted as a consulting for statistical analysis and performed a PCA to study morphometrics of fish.

What’s your favourite species and why?

For sure Roe deer because I spent some much time to try understanding why these animals do what they do. However, I started working on these animals during my Master just by chance. The French National Hunting Organization was seeking for a reliable census method of roe deer and had collected lots of data for that. When they proposed to me to work on that species, I said Yes. It was in autumn 1983 and I am still working on this fascinating animals! 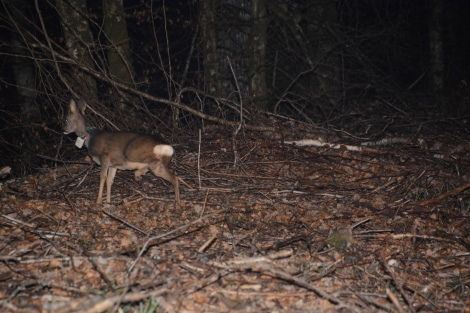 Who inspired you most as a student?

Without doubt Tim Clutton-Brock. His now classic work on red deer on Rum Island was a model for my research on roe deer. Moreover, the papers his research group published in Journal of Animal Ecology between 1978 and 1989 were among the most influential for my career.

If you could wake up tomorrow with a new skill, what would it be?

The ability of slowing down time so that I could benefit from 100 hours a day!

Are you a good cook? What’s your signature dish?

I am not at all a good cook. My signature dish is very modest: a kind of pie with potatoes, eggs, and onions. I am much better at eating than at cooking!

Please share a [funny] story about a paper you had rejected.

What’s your favourite sports team and why?

The football team of Saint-Etienne, the place where I live. It was a top team at the European scale in the late seventies but they cannot compete nowadays when money is so crucial for having a top team.

If you could recommend one place for people to travel to on holiday, where would it be and why?

While I am lucky enough to know several places I would want to recommend, I rank Paris above any others. Doing very simple things like having a drink on a terrace along the Seine River, reading a book on a bench of Jardin des Tuileries, doing shopping in Grands Magasins, or walking on Champs Elysees from Concorde square to Arc de Triomphe is magic in Paris.

What was the first album you owned?

The first album of Led Zeppelin. I was fifteen.

If any fictional character could join your lab, who would it be and why?

Certainly Tintin! He is a very nice person, looks for helping everybody, and successfully solves every problem he faces.

How many British Ecological Society annual meetings have you attended? Which one was the best?

Four. it is quite difficult for me to select one other the others. All meetings were great and I am always impressed by the organization. Making sure that everything goes perfectly well for 1300 people is not an easy thing and all meetings I attended to were highly successful. If I have to identify one in particular, it would be the meeting organized at Lille because it was my first one and by chance it was the joint meeting between BES and SFE.

Are you attending #BES2018? If so, when is the best opportunity for people to meet you?

Yes. The best opportunity to meet me would certainly be the lunch time.