Behavioural plasticity is an important concept in ecology and evolution. The term has been applied to a broad range of biological phenomena, from developmental changes occurring in a canalized fashion during ontogeny, to dynamic responses of animals to prevailing ecological and social conditions, and longer-term behavioural changes brought about by learning and memory. On July 24th at the Behaviour meeting in Chicago, the symposium Behavioural plasticity: integrating variation within and among individuals and species will serve a dual purpose.

First, this day-long symposium will highlight recent advances in the study of within-individual variation in behaviour, transgenerational effects, and the evolution of plasticity through cognitive processes. The symposium co-organizers (Ned Dochtermann, Jennifer Hellmann, Kate Laskowski and myself) and their invited speakers aim to provide a forum for discussion and exchange that will stimulate future research into the causes of variation in behavioural plasticity and its evolutionary significance. 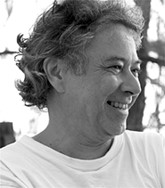 The morning session of the symposium will serve the additional purpose of celebrating the career and accomplishments of Louis Lefebvre, Professor in Biology at McGill University, Montréal, Canada. Speakers include Louis Lefebvre, Laure Cauchard (United Kingdom), Alexander Kotrschal (Sweden), Daniel Sol (Spain), and myself (Canada). Those who know the work of Dr Lefebvre will remember his contribution to the study of social learning, whose work with Luc-Alain Giraldeau demonstrated plasticity in the use of social information: pigeons who could scrounge from a knowledgeable individuals did not socially learn from this demonstrator, while those who were prevented from scrounging did (Giraldeau & Lefebvre 1987). This work highlights an important general principle: failure to learn may not necessarily reveal an inability to do so, but may indicate an adaptive decision by the animal. Thus, the expression and evolution of cognitive processes is tightly linked to a population’s ecology and social organization, a principle that is fundamental to cognitive ecology. 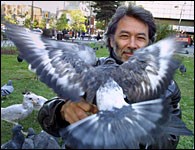 Another very important facet of Louis’ research consists in his innovative work on behavioural innovations. Before the turn of the millennium, most comparative cognition research quantified species’ cognitive abilities in standardized laboratory tests. As a trained psychologist engaged in behavioural ecology research, Louis was well-positioned to bring in a complimentary approach, which focused on behaviours expressed spontaneously by animals in their natural environments. But how can we identify behavioural plasticity in the wild that is brought about by cognitive processes such as learning and generalization? Louis had the idea of compiling published observations of birds engaged in unusual behaviours that were clearly not species-typical, and represented invented or modified behaviours allowing the innovator access to an unexpected food source. The comparative study of animal innovation was thus born in the basement of the Redpath library at McGill, where Louis and his students surveyed ornithological journals from all around the world. This work blossomed into >2000 innovation records from hundreds of avian species, and later a similar database on primates collated by Simon Reader and Kevin Laland, as well as exciting findings by Louis and collaborators on the links between innovation rate and: evolutionary diversification rates, the probability of colonization and invasion, the frequency of tool-use, social learning and the size of the whole brain as well as specific brain regions (Lefebvre et al 2013). His work on innovation also includes empirical research on birds of Barbados, studying several aspects of their behavioural plasticity and recently, differential gene expression in the innovative Barbados bullfinch and the less plastic black-faced grassquit (Audet et al 2018). 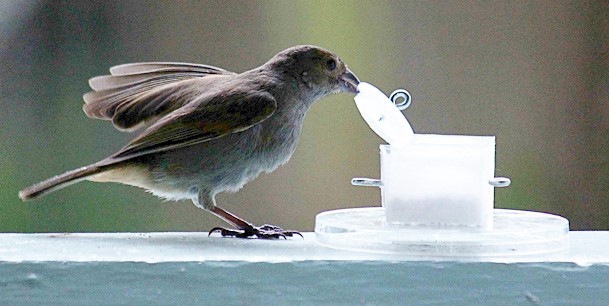 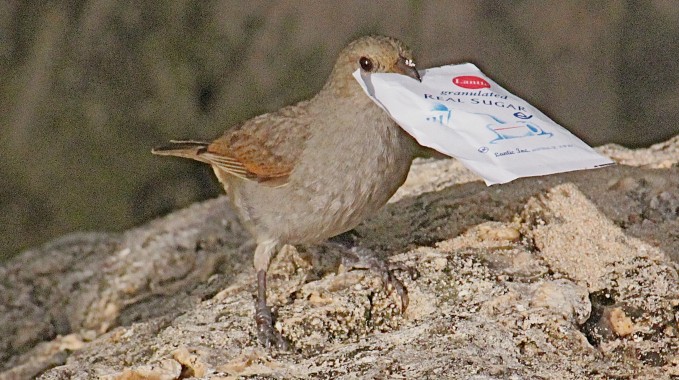 Those who know Louis will also think of his extreme plasticity in terms of personal accomplishments. Indeed, Louis was shortlisted twice for the ‘’Prix littéraire du Gouverneur Général du Canada’’ for his first two novels, ‘’Le Collier d’Hurracan’’ and “Guanahani”, published in 1990 and 1992. While engaged in an active research program at McGill and a busy family life as a father of two sons, Louis published two other novels and even developed into a fully-fledged visual artist, producing photographs, ‘’collages’’, and mixed media art pieces. You can see a list of his literary publications and some of his art at here.

Louis also taught thousands of undergrads and supervised many theses, among whom I figure as a PhD graduate from his lab at McGill. Today, and on July 24th, I would like to celebrate his accomplishments and the impact his work had on the development of several research avenues combining natural history, evolutionary biology, animal cognition and neurosciences, as well its profound influence on the development of my own research career, which I look forward to discuss in my presentation in Chicago.

Join us on July 24th at the joint meeting of the International Ethological Congress & Animal Behavior Society: exciting presentations, stimulating discussions, and celebrations throughout the day on the menu. Why not also take the opportunity to read a good book while on the plane or train, and visit some of the world-famous art galleries of Chicago? I think Louis would say that if you enjoy these activities, you should always make time for them, even in the midst of a busy research life.